Reba Benschoter Ph.D. directed the UNMC Biomechanical Communications department from 1970-2000 and was an associate dean of the School of Allied Health Professions from 1985 to 1995.

Reba Benschoter begins her interview discussing her education background in psychology and how she wanted to apply it to the field of television. She describes how she used that knowledge to get hired at UNMC to create TV and video programming for early distance learning and group therapy with the Department of Psychology of the Nebraska Psychiatric Institute. She details the six year grant funded program working with Norfolk State Hospital to evaluate the effectiveness of television programing (1964-1970) and a partnership with VA hospitals (1968). Benchoter also describes the expansion of distance education through televisions and film at UNMC, first with the establishment of the Biomedical Communications Division (1970) and the learning resource center in the medical library (1971) and later working in conjunction with the College of Nursing and satellite campuses (1990s). She ends her interview covering her accomplishments in numerous “rural-focused projects” and planning internet-based courses during her tenure as Associate Dean of Allied Health. 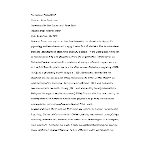 Transcript of the audio interview with Reba Benschoter Reba Benschoter’s interview focuses on the establishment of distance education with two-way closed-circuit television and films at Nebraska Psychiatric Institute during the 1960s. She details how Cecil Wittson first got interested in audio-visual technology while serving in the Navy. She discusses the estimated forty films produced for the project. She also discusses a six year grant from the National Institute of Mental Health to explore distance teaching and patient treatment at Norfolk State Hospital (1964-1970). 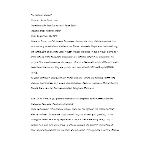 Transcript of the video interview with Reba Benschoter