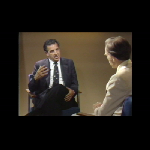 Grissom begins his interview details how he was recruited to UNMC from the University of Illinois (1953), faculty that were also recruited at that time, his salary, budget constraints of the University and being chairman of internal medicine (1956-1970). He describes notable aspects of change while he was chairman including the ward system, cooperation with private hospitals, the growth of the campus and the close community among faculty. Grissom concludes his interview discussing the key things he believes has changed over time at UNMC: building projects caused by Nebraska sales tax and federal funding, cooperation with private hospitals, the creation of graduate programs and a focus on research. Transcript of an interview with Robert Grissom.